Looking California When You’re Feeling Minnesota: Where is the Best Data Center Location? 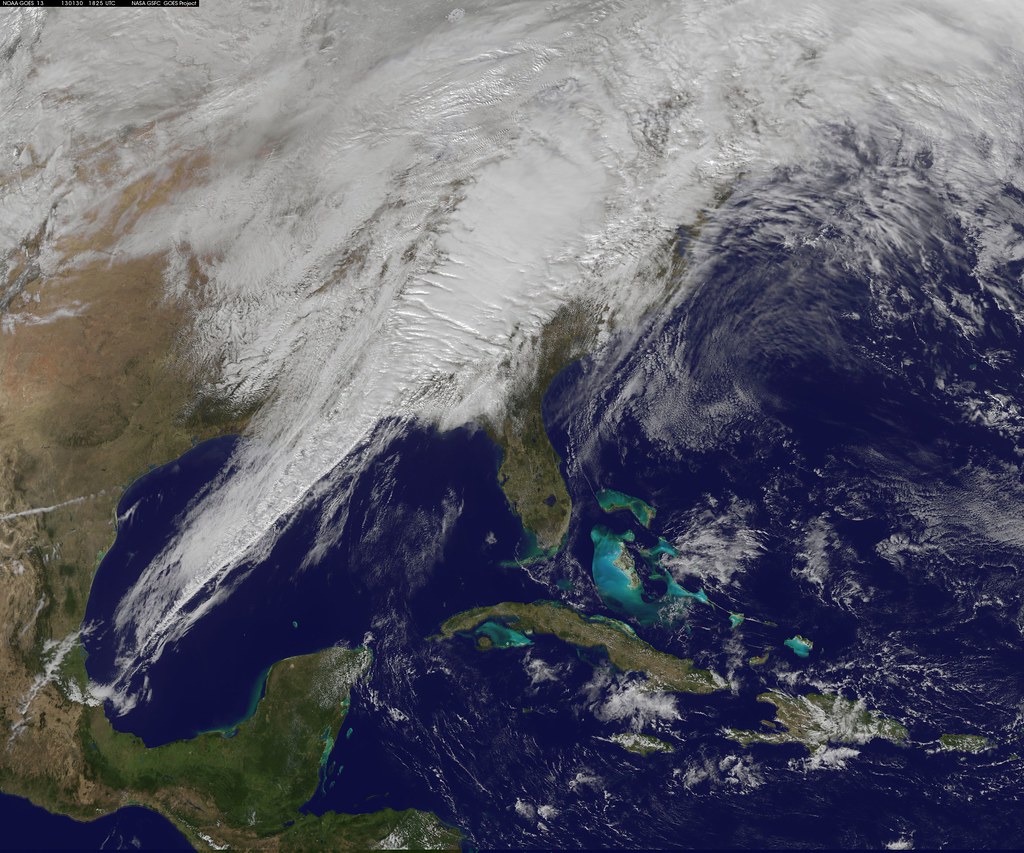 For manufacturing companies, the advent of “cloud computing” has raised a lot of questions.  Luckily, you don’t have to wander lonely as a cloud to find answers to your questions surrounding cloud solutions for your business.  Not as complicated as a cumulonimbus or as feathery as a cirrus, a cloud in the field of technology is as simple, or as complicated, as someone else’s computer.  But of the many questions a manufacturer may have, one frequently surfaces in relation to the location of the data: “So where is my data located, anyway?”

This isn’t a small squall of a question: if you are looking for an on-premise installation or a server stack in the cloud, your primary and secondary data centers’ location is a decision of atmospheric proportions—one with direct business impact.

Whether choosing hosted or cloud solutions, your data center location is critical.  You must be wary of where exactly your data center servers are located, for all clouds are not created equal.  Downtime is the great fear when it comes to all things computing, and is often the result of natural disasters—and do you remember how long it took to get the power grid functioning in Puerto Rico after hurricane Maria?  Clearly, minimizing the risks of mother nature is a central concern.  Let’s take a down-to-earth look at some of the natural dangers facing your company’s data.

When I worked in Arkansas a number of years ago, in an area that was on the edge of the New Madrid seismic zone, I noticed the strange cross-bracing in one of the factories, and I asked a local about it.  He explained the seismic risks in the area, and recounted the family lore about the quake of 1812.  Then he looked me square in the eye and said, “Whatever you do, don’t blame Arkansas—it wasn’t our fault.”

It can be a surprise to discover that one the largest earthquakes in North America’s recorded history was not along the California coast but was actually along the New Madrid seismic zone in Missouri—of all places!  This was the quake that briefly caused the Mississippi River to run upstream back in 1812, the year almost exclusively famous for the conflict between America and England.  But while the Americans were locked in battle with the British on the East Coast, they were unwittingly losing the war with nature in the Midwest.

This might serve as a warning if you locate your data center in a seismic zone—if your server gets death-rattled into oblivion, it’ll be your own fault.

Nothing can lay your blades out like a deck of 52 quite like a tornado.  Tornadoes pry open buildings like nature’s proverbial can opener, allowing copious rain and debris to decorate your server room like a third grade art project, and you don’t want to see your data garnished with nature’s glitter.  Tornadoes pose a risk not only to your data center itself, but they also tend to knock out your primary—and even your secondary power supplies.  Backup generators are often located adjacent to a building, making them a potential target for mother nature’s twisted wrath.  So while a twister might leave a building unscathed, it might take out your external generator, rendering backup power systems useless.  Of course, that’s a moot point if the contents of your data center are laid out across the lawn like your laundry, for all to see.  Luckily, a proper data center location can help you avoid an unfortunate game of 52-pickup.

I reached out to one of my customers after a series of tornadoes ripped through Oklahoma, and he gave the all-clear: “The twisters missed us, but the water levels are so high, some folks can’t get into work.”  That is to say, a natural disaster can be more sneaky than a weather channel headline.  While things like tornadoes get a lot of attention, water levels can do a lot more damage over time.  As such, one might think twice about locating a data center on a floodplain.  While all my gamer buddies are hyped over water-cooled CPUs, I don’t quite think this is what they’re referring to.

Hurricanes amount to the worst of wind and water, with the ability to pummel your data center into paste from above, or dissolve it into a silicon solution from below.  And while the zone immediately affected by hurricanes is rather small, the extended zone where hurricane-related storms transform into inland berserkers is much larger.  Locating your stacks in a place that is far-removed from the hurricane fallout zone will serve you well in reducing wind and water risks.

Another sneaky disaster when it comes to all things electronic is heat.  Not too long ago, I was in Charlotte, NC with a coworker.  One morning after breakfast, we were about to head to the customer site when my coworker ran back into the hotel to retrieve his coffee mug, leaving me in the parking lot.  I stood out in the morning heat for maybe a minute or two.  Now, being a Canadian, I generally overheat reading the newspaper, and the morning temp in Charlotte was obliterating.  By the time we got to carpooling, I was already a puddle.  And this was still in the early morning!  Servers are like Canadian consultants—they work better in temperate climates.  When choosing a shack to hang your racks, look to locate it in a place where your cooling systems won’t be fighting a losing battle with the heat index.  Servers generate enough heat on their own—they don’t need any help! 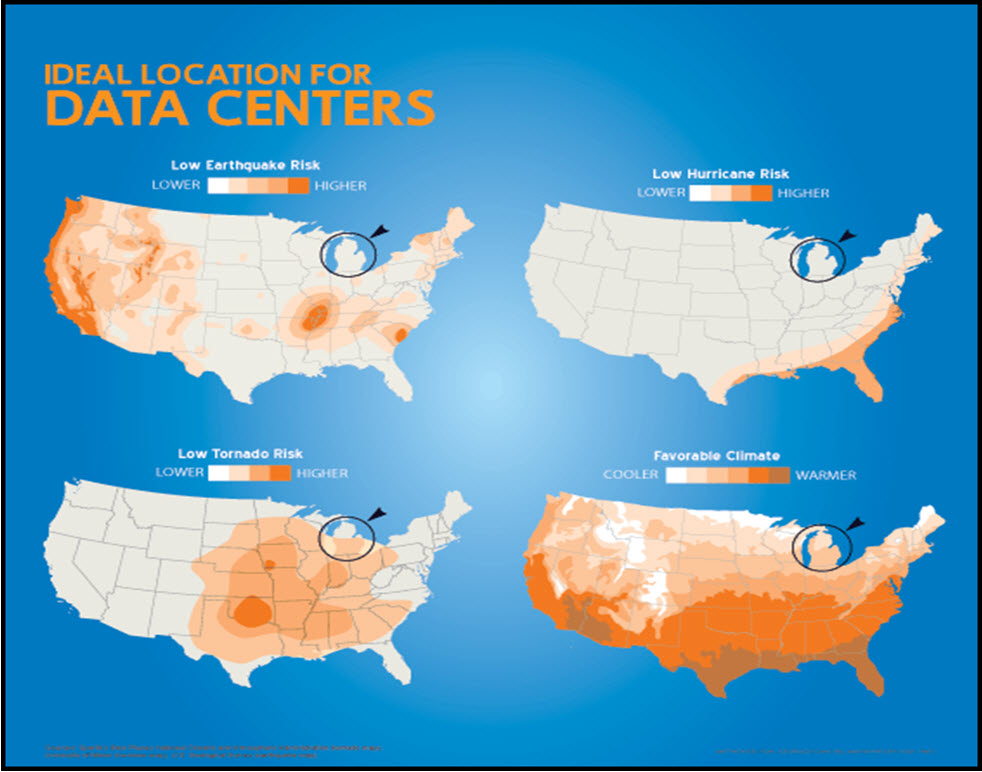 While the notion of “The Cloud” brings with it visions of the ethereal, it is in reality quite terrestrial in nature.  Hosting a customer’s ERP system is a huge responsibility, and not one to be taken lightly.  The cloud itself can be just as risky as a hurricane.  As such, the EstesGroup is all about maximizing service while minimizing risk.  In support of our Epicor Hosting initiative, we keep our data center located in Michigan, which has a favorable climate for keeping servers cool as a cucumber, while avoiding the many environmental pitfalls noted above.  Moreover, by having our data center location in the Midwest, we provide centrality that allows us to rapidly service a broad region.  With optimal location and cloud infrastructure, the team at EstesGroup can serve your business needs by providing ideal solutions for your data, regardless of the weather.

If you find yourself looking to the sky for answers to your worldly business questions, please give our team a call.