If only purchasing software for business enablement could be as simple as tapping a button in an app — click once for on-premise installation, twice for web-based deployment, thrice for private cloud solutions. When considering software, users normally think about features and capabilities intuitively — making big decisions seem easy at first. This stems from the hope that core data and program logic is consistent across platforms.

Server virtualization, the World Wide Web and cloud computing have changed the dynamics of software development, acquisition, installation and deployment.

However, new technology often becomes a point of stagnancy, or even complacency, for businesses. This can sometimes result from hesitancy, but it’s often caused by oblivion. 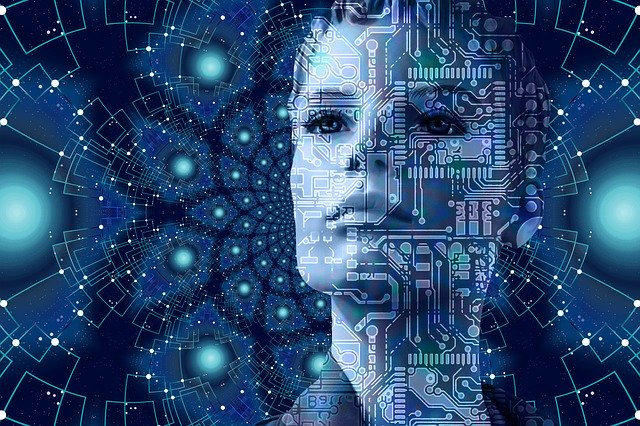 How Will You Know What You Don’t Know?

Technology changes quickly, and the evolutions now, more often than not, push web-based and private cloud solutions away from the realm of preference and into the world of necessity. When I first entered the business field in the 90s, I never would have imagined that I could license a software application on a subscription service, much like I do a newspaper or magazine. My mind hadn’t even conceptualized the idea that a software application could be accessed entirely through the World Wide Web. Back in the day, we were just trying to make it through Y2K in one piece. But as the technology advanced, the options and opportunities presented themselves, and now more than two decades later, I increasingly work with companies engaging software in a cloud context.

The industry shift to public and private cloud solutions has not only changed the very way in which applications are deployed, it has also leveled the playing field. Your company can now outsource some or all of your IT needs, allowing for growth within a predictable technology budget. A partnership with a managed services firm provides updates, compliance, security, training — all from a specialized team built specifically to adapt 24/7 to the volatile growth inherent to IT. Companies no longer need to house their own elaborate, expensive IT departments to keep up with the times. In light of recent cybercrime upswings, this is a critical time to focus on the survival of small and midsize businesses, which often face closure upon ransomware or other security breaches.

Since technology evolves on a daily basis, it’s always time for your team to consider new possibilities to protect the future of your business. If your architecture is outdated, or you’re overdue for a security audit, it might be time to get a full analysis of your IT infrastructure. Moving from on-premise servers to hosted, cloud-based environments can be one way to ensure business continuity. That said, “the cloud” might not be the right fit for your business, so let’s look more closely at business enablement through three common deliveries, which can be infinitely customized into hybrid forms.

The deployment of an application normally takes on one of the following forms:

A common trope of cloud computing with regard to on-premise installations has to do with the limits in physical contact that it presents — you can’t go down the hall and hug your servers. I’ve never actually tried to hug a server, but I think it would feel rather strange to do so. This hug-ability factor speaks to the level of control that companies possess when they install an application on their in-house server stack. There might be problems with this approach, but at least the company owns the problems and their resolutions. Moreover, when it comes to hugging, data is a much more recognizable object of affection. I can think of countless times that I have tried to “get my arms around the data” when working on a project. Access to the data layer is often an important feature, especially when performing custom reporting, and in some cases, the abstraction of the data layer present in web-based applications may make it hard to understand just what is happening to the data itself, making reporting a challenge.

Purely web-based versions of an application provide the core capabilities, but the features and functionalities available in a web-based version tend to be limited when compared to their on-premise counterparts. Consider Microsoft’s Office 365 suite. While highly similar to a client install, there are some limitations to the things we can accomplish in the web version of Excel, for instance, when compared to its client-based counterpart. Working with ERP systems, I’ve found this trend to be consistent — if you’re leveraging a web-version of an application, expect to be privy to a subset of the overall functionality available with an on-premise version. And if you’re utilizing a version that is entirely web-based, tailor your expectations accordingly.

Speaking of tailoring, the ability to alter an application to fit your company’s needs also tends to be greatly reduced in web-based applications when compared to on-premise counterparts. By tailoring, I am referring to the ability to insert user-defined data or business logic into your application and have this custom functionality work in conjunction with the application’s standard behavior. In some ways this limitation is a good thing, as I’ve certainly seen companies entangle themselves in their own tailored threads. Conversely, a little tailoring can yield big gains in efficiency and effectiveness. As it is, a company purchasing web-based software out-of-the-box should understand what is in the box and only in the box, and that the box can’t be easily repurposed.

Depending on the application in question and the needs of the business, I‘ve found private cloud solutions to be a nice midpoint between the two poles of on-premise and web-based architectures. Cloud hosting specifically allows companies to possess fully-featured applications in the cloud, avoiding the problems associated with on-premise installations. This affords a measure of control unavailable with pure web-based applications. Moreover, it creates the levels of functionality and customizability that allow companies to do more than the basics. And should the company need assistance in the management of their application stack, we can cleanly pull in additional resources to lend a hand. Hosted applications also offer a variety of administration options — from in-house talent to partnered resources — and can adapt efficiently to new technology.

A security assessment provides a system overview. It allows you to see if your team is overworked or poorly protected. Time to begin? Our team is ready to help, whether you’re on-premise, web-based, or in a private cloud.