Revenue Recognition is Everything

When I was still part of the user community, I was involved in a planned implementation of Epicor at one my company’s divisions.  The division was in the construction industry, and the ERP systems of the time routinely encountered gaps in addressing the business requirements that come out of construction management environments.  This was back in the days of Vantage 803, and at the time, Epicor’s construction management capabilities were rather thin.

To address this yawning void of a gap, a large customization was in the works to allow for increased revenue recognition (or “rev rec”) functionality as part of Epicor’s Project module.  This functionality would eventually find its way into Epicor’s base package, but at the time, all anyone at my company could talk about was “rev rec”…  “We can’t start prototyping until rev rec is ready.”   “There’s no point in testing until rev rec has been implemented.”  Everywhere I went, all anyone could talk about was “rev rec.”  Still rather green in general and quite new to the business models of the construction industry, such shorthand was immensely confusing: Just what exactly is revenue wrecking?  Isn’t revenue a good thing?  I was befuddled.

I wasn’t the only one.  As is the case with many of such monumental customization projects, all of these discussions were in vain, as the division never came close to going live on Epicor—though the functionality that came out of this failed attempt was pretty cool!  Many years later, I’m still quite oblivious to the intricacies of the construction industry, but I have managed to get past one annoying revenue recognition error when setting up a new company in Epicor.  As part of initial company configuration, I’ve encountered the following “Default Revenue Recognition” error message a number of times: 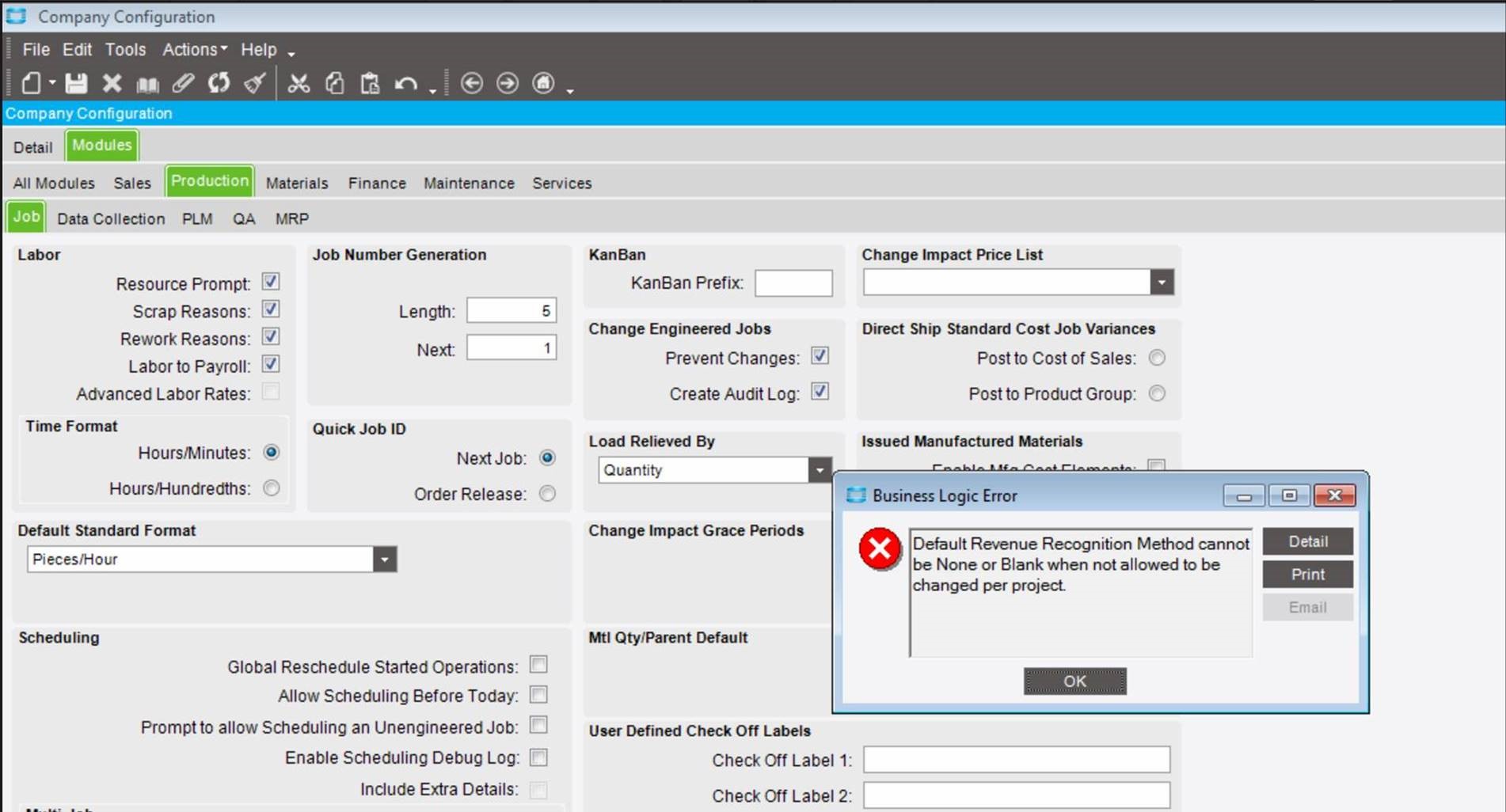 The message reads as follows: “Default Revenue Recognition Method cannot be None or Blank when not allowed to be changed per project.”  Well, that’s not especially helpful, especially given that the error normally surfaces when configurating another area of the applicant, such as the Modules > Production > Job area above.

As it turns out, the cause of this error actually resides in the JCSyst.DfltRevRecMthd field, as found on the Modules > Services > Project Billing tab: 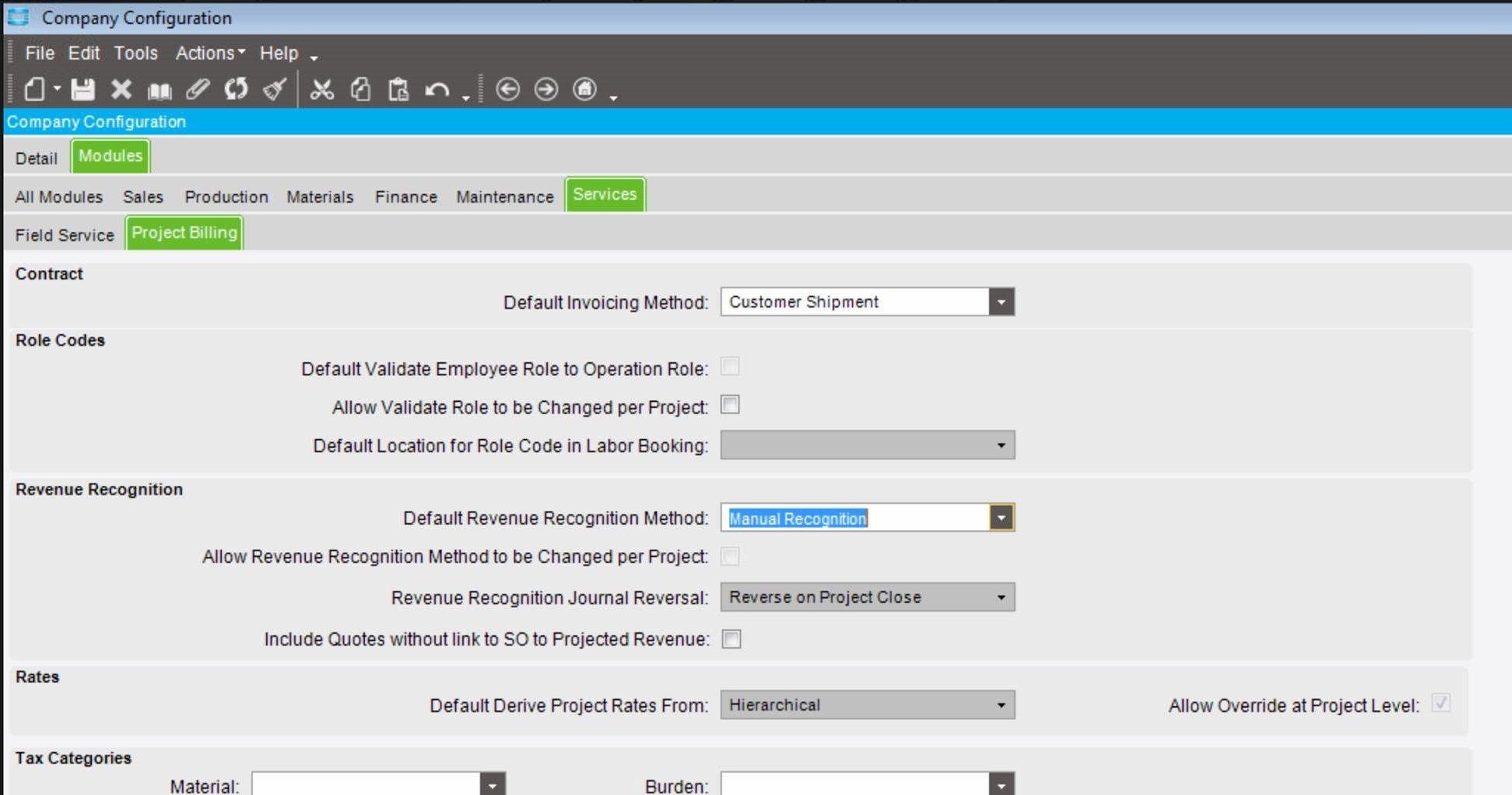 Selecting a method is normally sufficient to get past this error, though additional setup may be required, depending on the method selected.  Even if you don’t intend on using revenue recognition, this step is necessary, depending on the modules licensed.  So don’t let revenue rec your company configuration—set your default revenue recognition method and move on to bigger and better things… like deciding whether or not to schedule into the past!  Now that conversation requires three cups of eggnog and a game of twister—so I’ll save it for another day.

Have questions about Revenue Recognition Methods or Company Configuration? Let us know below or Contact Us today.